Sadak full movie is a Bollywood movie released on 6 December 1991. As one of the highest-grossing Bollywood movies of the year, Sadak (1991) had Mahesh Bhatt as the director while Sanjay Dutt, Pooja Bhatt, and Deepak Tijori as the leading roles. 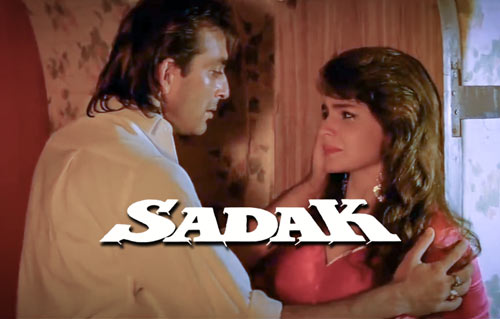 Based on the American film Taxi Driver (1976), Sadak (1991) romantic-action movie is about the love story of a taxi driver and a prostitute.

Well, if you are going to re-watch this action film this weekend, InsTube Movie will tell more about Sadak full movie, story, songs, cast, and more. 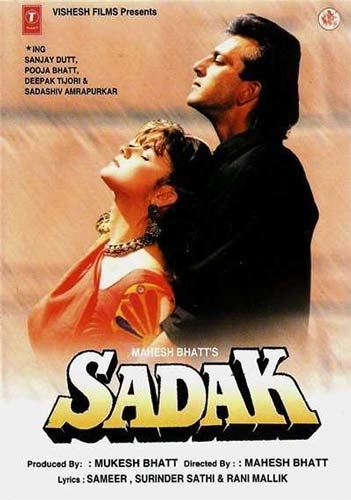 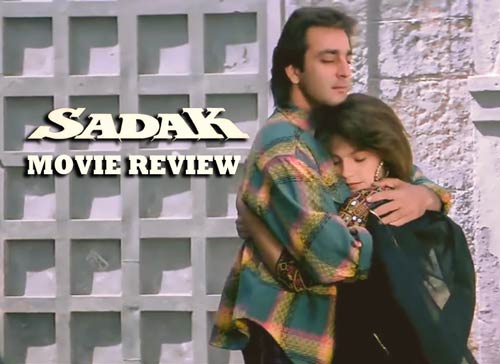 Sadak (1991) ranked the 5th highest grossing Bollywood movie in the decade of 1990 with a box office up to ₹108 million. Besides, the villain of the Hindi film also won the Best Villain at the Filmfare Award. Plus, Sadak was remade into the Tamil movie, Appu (2000).

Sadak is one of director Mahesh Bhatt’s successful effort. And 29 years later, the director made Sadak 2 (2020) for the franchise, which got digital release on Disney+Hotstar on 28 August 2020. 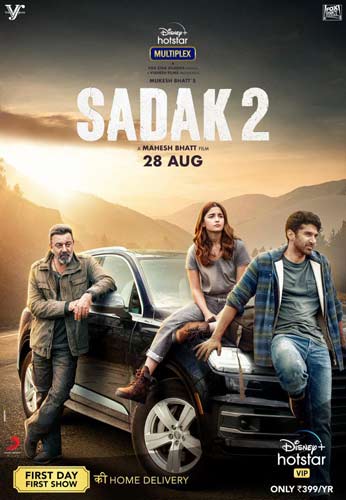 The Sadak sequel also features Sanjay Dutt and Pooja Bhatt in the main roles. However, due to the late actor Sushant Singh Rajput, whose tragic death because of depression is highly regrettable, Sadak 2 Hindi movie and related Bollywood casts got steered towards the center of controversy.

As a result, Sadak 2 trailer got over 12 million dislikes on YouTube and film stars like Alia Bhatt got boycotted.

Ravi Verna (Sanjay Dutt) is a taxi driver. He and his friend Gotya (Deepak Tijori) respectively falls for two young girls: Pooja (Pooja Bhatt) and Chanda (Neelima Azeem). However, the poor girls are sold to a transgender pimp, Maharani (Sadashiv Amrapurkar), who runs a brothel.

As for Ravi, girls in brothel are poor because Ravi’s sister was forced to become a prostitute and finally died from STD. Due to his sister's death, Ravi gets traumatized. So, he decides to save Pooja. 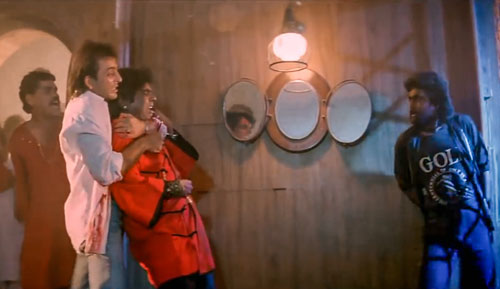 Ravi tries his best to help Pooja flee the brothel, but he fails. Then, mortgages all he has for money to exchange time to stay with Pooja. But Maharani forces Pooja to have sex with Ravi. So, Ravi attacks Maharani and teams up with Gotya to escape with both Pooja and Chanda.

Under the advice of Ravi’s boss, the four decides to seek help from a policeman.

Then, the cop makes an appointment at some place. However, when the four arrive, Maharani and her henchmen are already waiting there. They attack the couples and capture Pooja back to the brothel.

What will happen to Ravi and Pooja?

Who will win the fighting?

Can Ravi and Pooja be together again? 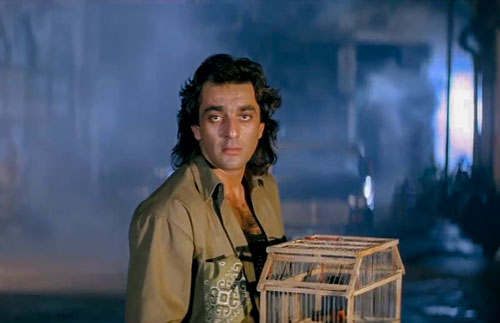 In the film, as a taxi driver, Ravi falls in love with a girl, Pooja, who was just forced into prostitution.

Not wanting Pooja’s fate to develop like that of his sister’s, Ravi decides to help Pooja battle with her pimp and free her. Finally, the love-birds get together by costing a fortune and taking precious lives. 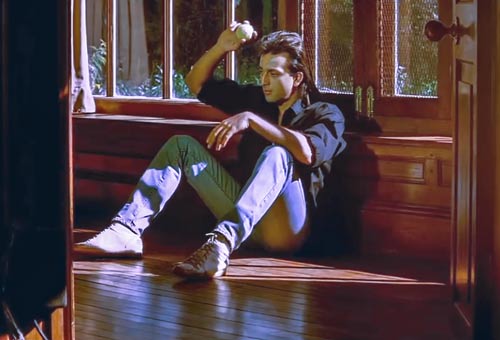 Sanjay Dutt took his character made it successful. He portrayed Ravi with his brilliant performances, especially in the scenes when Ravi is traumatized remembering his sister, and when Ravi does remarkable things for Pooja. So did Pooja Bhatt.

Plus, Sanjay Dutt also appeared in its sequel, Sadak 2 (2020). The new serial takes the story forward, opening with Ravi praying to a photo of Pooja. 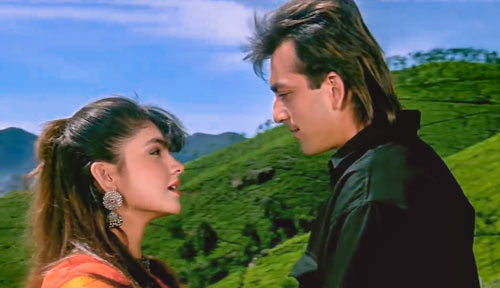 Besides Sadak film, you may also be familiar with his other superhits: 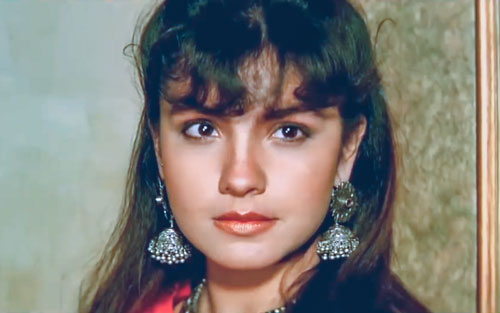 The movie album of Sadak (1991) became one of the top best-selling albums of the year. And the soundtrack "Tumhein Apna Banaane Ki" shot to fame once released.

The album contains 9 soundtracks, in which "Tumhein Apna Banaane Ki" has 3 versions, while "Zamaane Ke Dekhe" has 2 versions.

To protect the movie copyright, we recommend online watch Sadak full movie or download it via movie sites with the copyright.

Due to the COVID-19 epidemic, many OTT platforms have allowed the latest movie streaming, such as Hotstar, Netflix, Zee5, Amazon Prime Video, etc. And Sadak Hindi movie is also available now.

But how should we download Sadak full movie in Hindi? 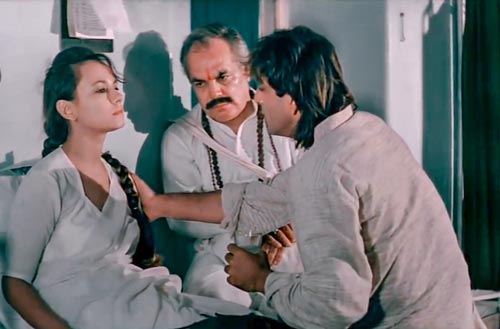 Well, Sadak Full Movie Watch Online or Trailer Download is available on many movie sites. But you may not want your Android phone to be installed with various video apps. 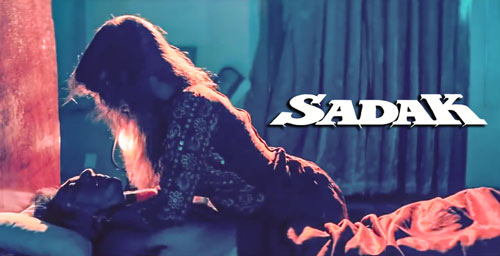 But we still recommend you watch the movie at a local theatre or download it from sites with the copyright. If we do not download leaked movies, then piracy sites may gradually decrease Sadak movie download. 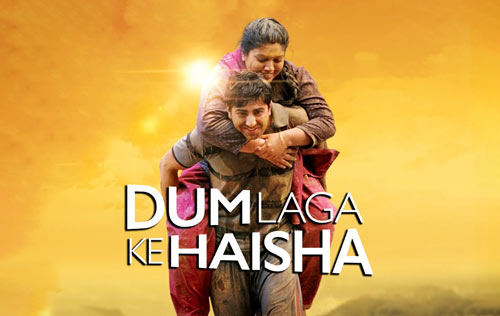